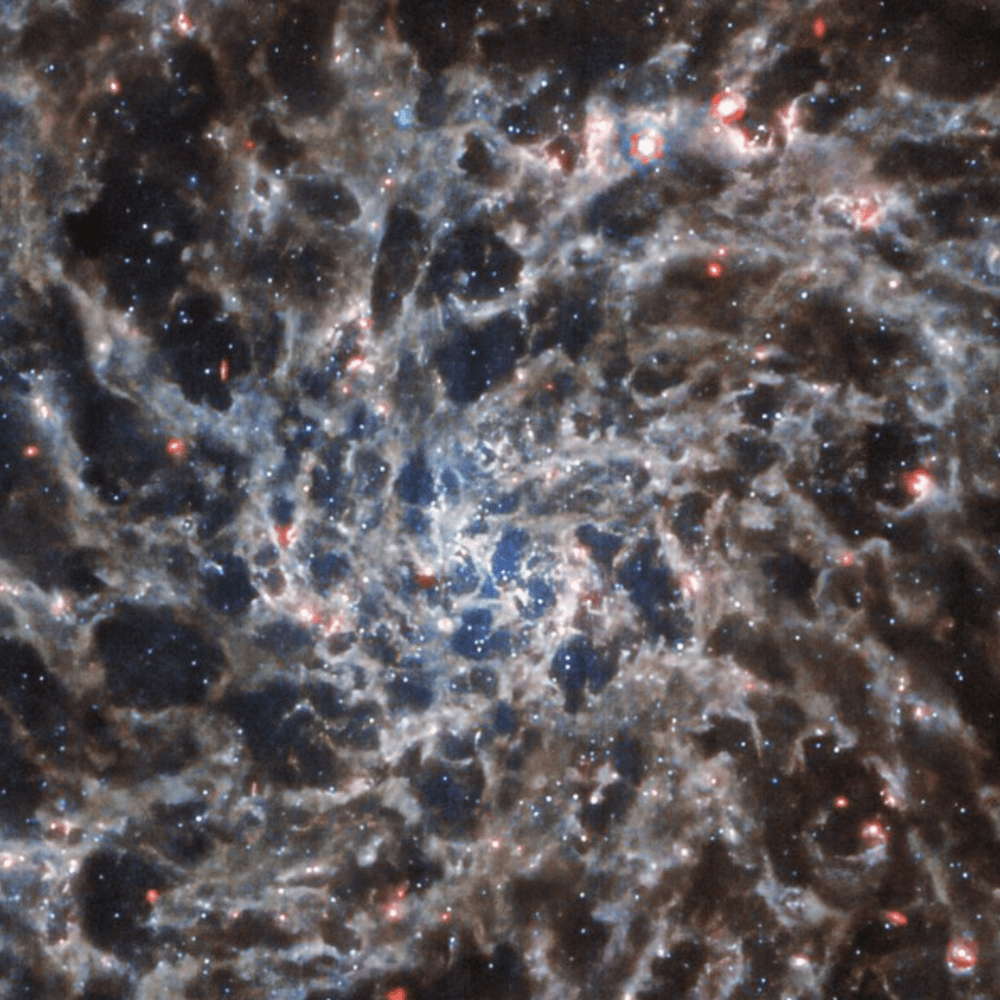 Since its launch in December 2021, the James Webb Space Telescope (JWST) has allowed humans to get a closer look at the vast and ever-fascinating galaxies that we’re surrounded by. What we thought and what we actually saw turned out to be very different, thanks to the powerful abilities of the JWST. One such galaxy to be captured by the telescope was the IC 5332. The spiral-shaped galaxy is as fascinating, if not more, than we could’ve ever imagined.

IC 5332 was typically seen by astronomers as a dusty- wispy spiral galaxy. Since the galaxy is located more than 29 million light years away from Earth, it was hard for astronomers to get a better visual – until JWST. The galaxy has an approximate diameter of 66,000 light years and faces the Earth head-on. The $10 billion telescope captured a series of great photos and gave scientists a closer look at the spiral, intricate structure. JWST used Mid-Infrared Instrument to hone in on IC 5332. The specialized instrument needs to be kept at a cold temperature to function, namely at -266 degrees Celsius. To achieve the desired temperature, engineers added an active cooling system to it. 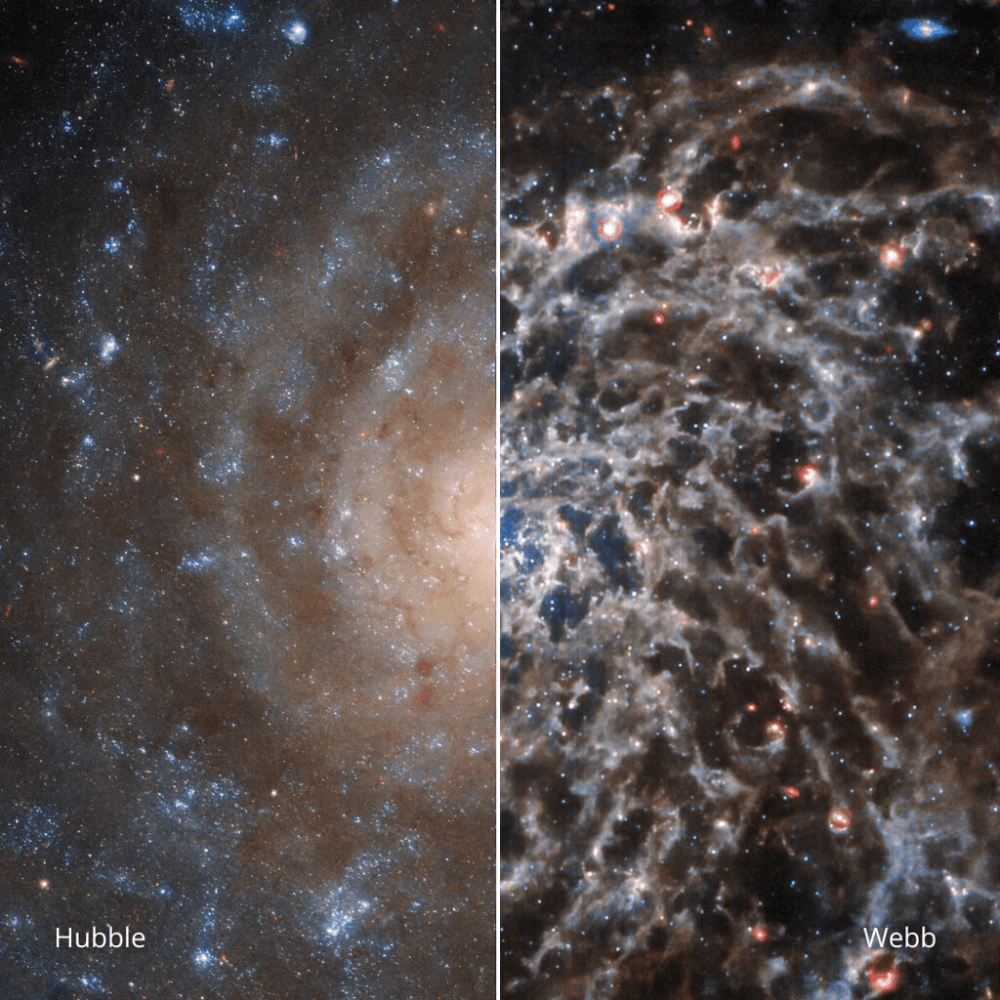 The spiral galaxy was captured by two telescopes, the Hubble Space Telescope and the JWST. The Hubble used its wide field camera to capture the image, and the telescope’s visible-light and ultraviolet image show a difference between older and younger stars through colors, as well as areas of cosmic dust. JWST’s image, on the other hand, was able to get through the dust and into the galaxies’ dispersed patterns. JWST’s image has been touted as being dark and moody by NASA, showcasing the bones of the galaxy. The ESA, a collaborator on the JWST, stated that the two images have their own ways of telling us more about the galaxy’s structure and composition.

How Singapore Is Maximizing Its Space For Solar Power

In the tiny seafront nation of Singapore, environmentalists have been working to come up with ways ...