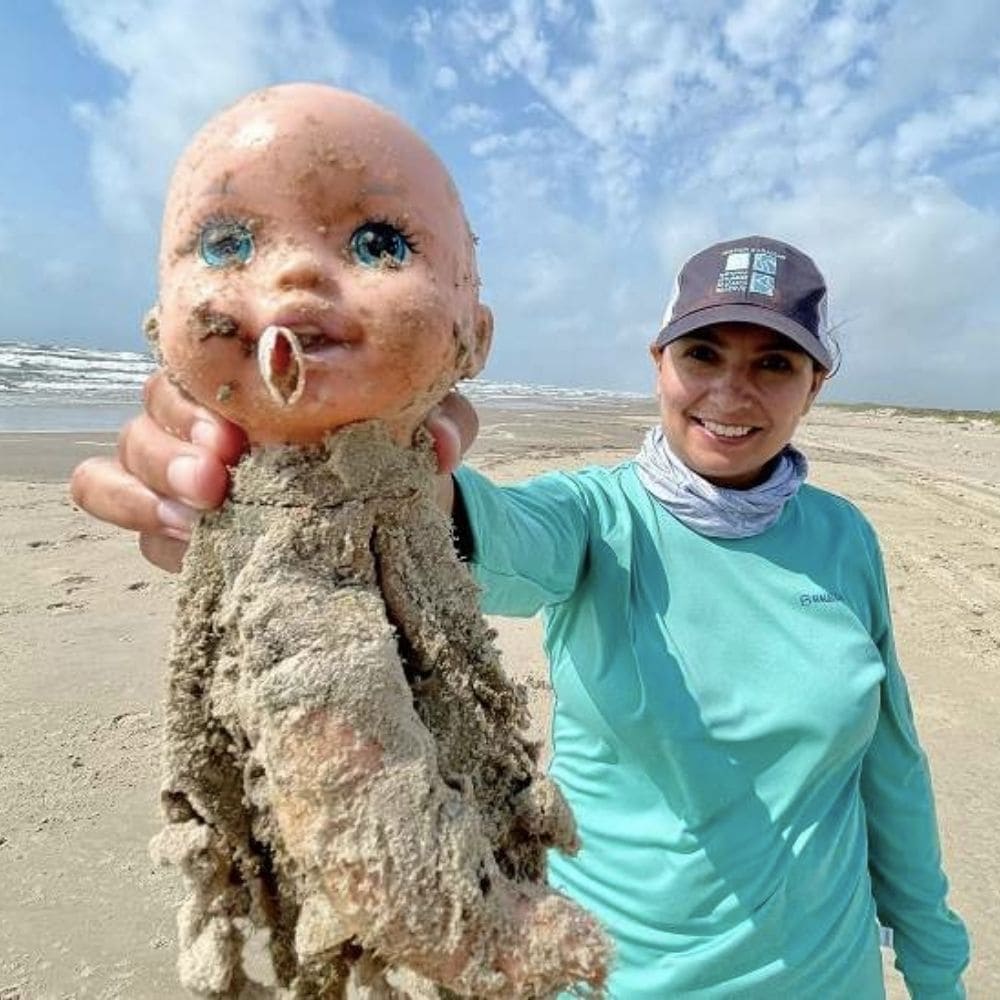 Walking on beaches is usually a relaxing, fun activity that’s supposed to bring you peace. But, for these scientists combing through the Texas beaches for hidden treasures, the walks bring with them a lot of garbage cleaning duties. In the search for endangered birds, marine mammals, and sea turtles, these scientists often come across a lot of debris washed up on the sand. And amidst the many volleyballs, slippers, and other knick-knacks, Texas has a special and recurring item — creepy dolls. 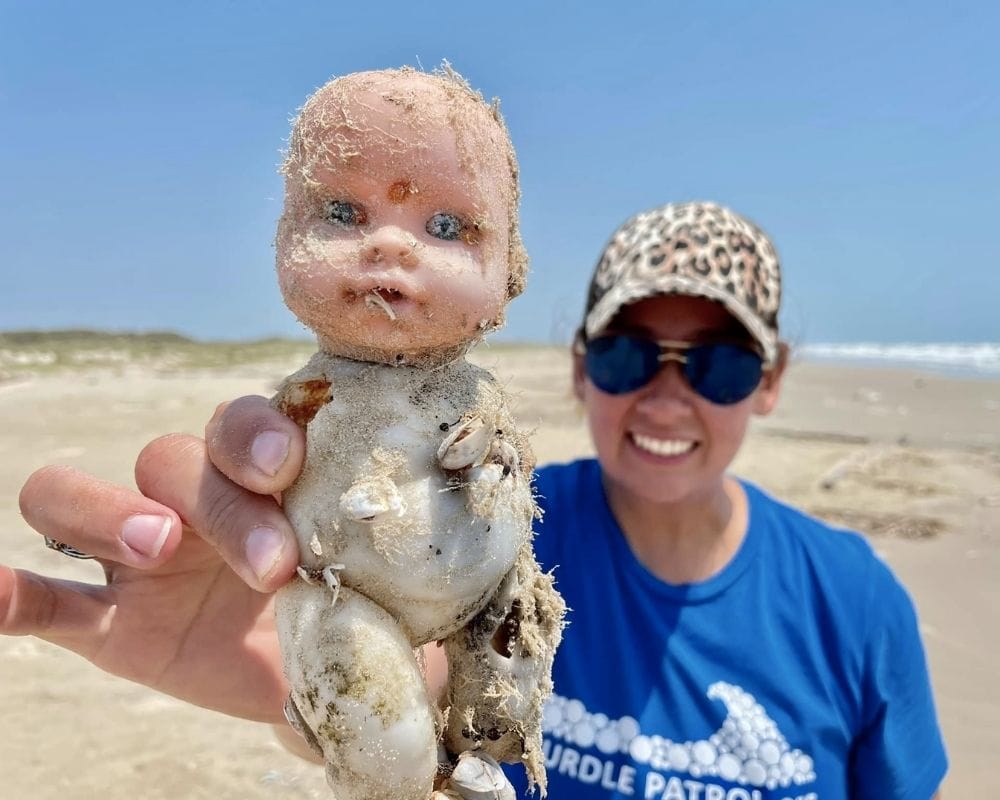 We’re not talking about one or two dolls, no. The researchers at the Mission-Aransas National Estuarine Research Reserve have found dozens of dolls on the beaches of the Gulf Coast of Texas. These dolls, and doll body parts, are found in a 40-mile stretch between Padre Island and Matagorda Island in the southeastern region of Texas. However, it’s still difficult to determine why the dolls keep washing up on the beach. But, it does prove that Texas gets way too much trash.

The washing up of dolls might not be what the researchers are looking for, but it’s a certain stepping stone to proving and raising awareness of the horrible rippling effects of littering. It also helps in proving that Texas beaches get 10 times more trash than the ones in the north-central states along the Gulf of Mexico. Researchers also found out that the majority of debris that washed up on the beach was plastic. The reason behind the increased debris is stated to be the loop current, according to a two-year study conducted by the reserve with other research organizations on the Gulf Coast. 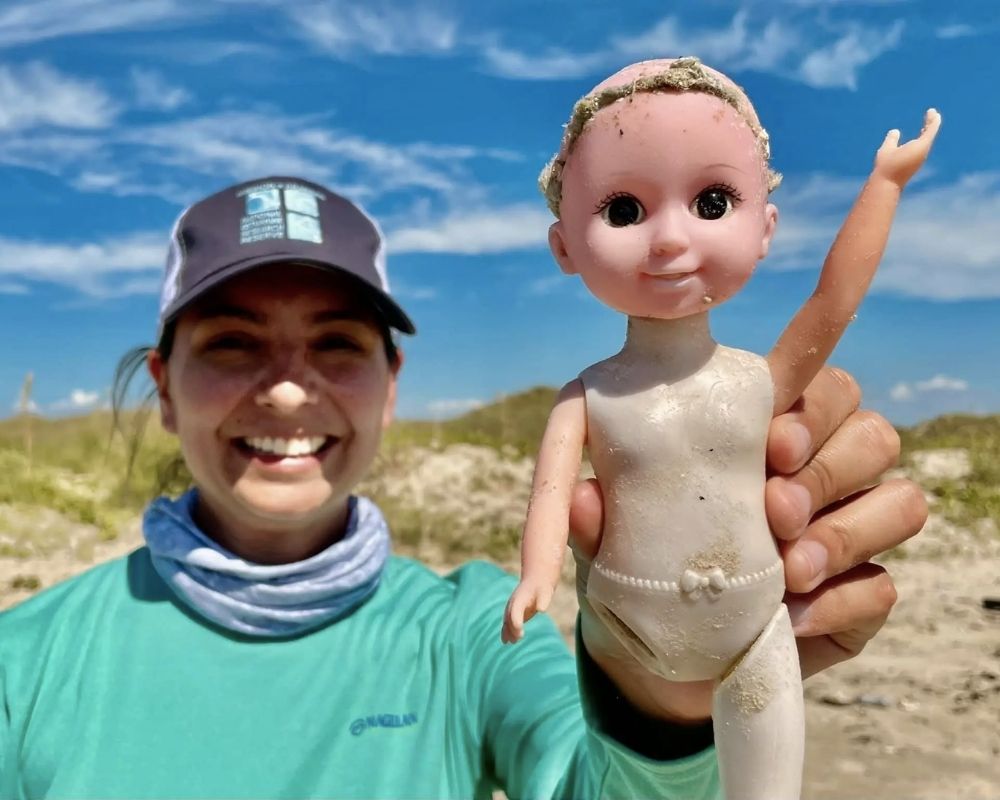 The reserve had been finding dolls in their search for quite some time and they finally decided to post about it on their Facebook. According to the director of the reserve, Jace Tunnell, the reserve’s page started getting a lot of followers after they started posting these photos. These dolls are not the cute, fluffy ones of one’s childhood. These creepy dolls are actually missing major body parts. Some don’t have hair, some have big chunks of their body eaten by turtles while some have barnacles growing out of their mouths and eyes. However, the reserve has found a way to monetize their finding by auctioning the dolls to raise awareness and money for their causes, like the rehabilitation of birds. A true case of making the best out of waste!

If you ever take a walk in the tropical rainforests of French Guiana in South America, you'll ...