Tesla and SpaceX CEO Elon Musk is known for capturing the imagination of the public. You might see these as publicity stunts to provide him with both advertising and recruitment of loyal consumers, but some of the stuff he does is just cool.

Nine months after SpaceX’s “Starman” (a mannequin in a SpaceX spacesuit) and the cherry red Tesla Roadster driven personally by Musk himself was launched up into outer space, the dummy and the all-electronic sports vehicle have finally reached Mars. SpaceX tweeted a diagram with the location of the dummy relative to Earth and Mars, revealing that it has, as of now, passed the Red Planet. 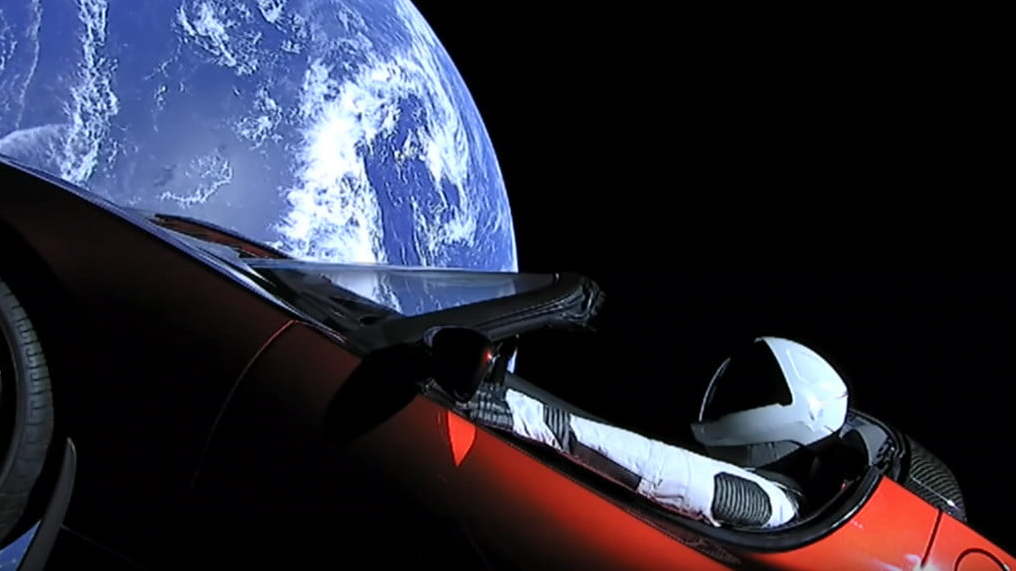 Musk is a known fan of Adams’ work, with the dash of his former vehicle decorated with the words “Don’t Panic,” a nod to a phrase that appears on the cover of The Hitchhiker’s Guide to the Galaxy book.

SpaceX needed a payload on last February’s Falcon Heavy rocket’s maiden launch so Musk, known to favor the flare, attached his personal vehicle along with an inanimate passenger. Ahead of the launch in December, Musk tweeted this message: “Payload will be my midnight cherry Tesla Roadster playing Space Oddity,” referring to the late David Bowie’s space rock hit. “Destination is Mars orbit. Will be in deep space for a billion years or so if it doesn’t blow up on ascent.” 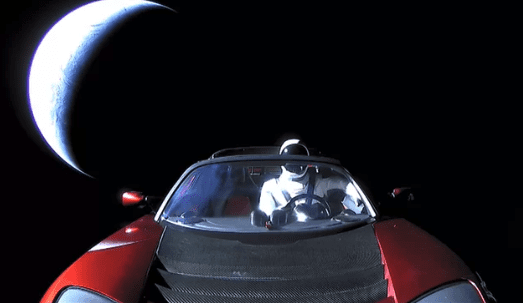 This is largely seen as a publicity stunt. Similarly, Musk announced on Twitter that as part of Tesla’s referral program, Tesla owners who encourage others to buy the all-electric cars can “get any image they want laser etched in glass & sent into deep space for millions of years.”

In addition, Musk said there will be no restrictions on the image sent to space, such that extraterrestrials that may potentially come across our space art may indeed find some very worrying examples of what might be found on Earth…

Space.com said that “The Roadster and Starman will come within a few hundred thousand kilometers of our planet in 2091, according to an orbit-modeling study. The authors of that study determined that the car will slam into either Venus or Earth, likely within the next few tens of millions of years. They give the space car a 6 percent chance of hitting Earth in the next 1 million years, and a 2.5 percent chance of smacking Venus in that span.”

Those aren’t odds I’d bet on!

Why Silicon Valley Is Hot On These Machine-Washable Shoes

As the startup revolution has taken over Silicon Valley and the rest of the hi-tech world, tech ...

This Gadget Makes Sure You Will Never Lose Your Keys Again

Ever wished that you could put a homing beacon on your keys so that you never lose them again? Well ...

Paralyzed Veteran Finds A Way To Dance With His Bride

Ever thought that two people were simply made for each other and that fate had truly brought them ...