NASA has announced plans to sent a manned mission to Mars by 2030, which isn’t far off. In order to make this feasible, there are several obstacles that must be overcome, most notably –  how do we get back home?

As the space administration has pointed out, it takes 225 kilograms (496 pounds) of fuel to ship one kilogram (2.2 pounds) to Mars. This is a major problem, as any mission to and from Mars would require sending off an incredibly heavy rocket to ensure it can get back home. 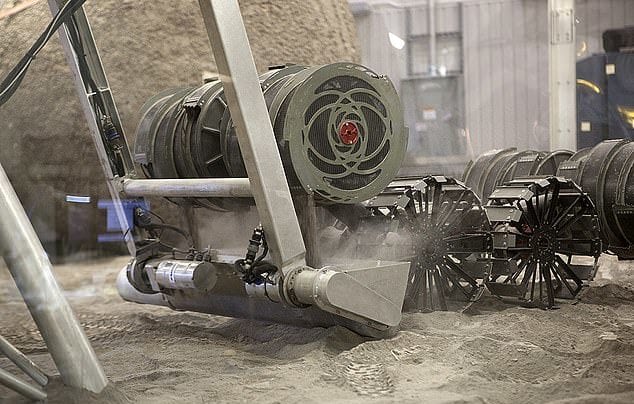 To find a solution, NASA is building a robot that can scoop up soil from the surface of Mars and use it to make rocket fuel. The robot will convert the Martian soil into methane, which has been marked as potential fuel for future travel in outer space. Ahead of sending the first manned mission to Mars, NASA plans to test the surface of the planet for habitability first with a fleet of unmanned vehicles, along with these robots.

Dubbed “dust-to-thrust factories,” these robots may well be a critical component of these preliminary voyages to the Red Planet. The team leader of the project, Kurt Leucht, wrote an article about them in the IEEE Spectrum. This is the journal published by the Institute of Electrical and Electronics Engineers. According to him, Leucht’s team is working on constructing a system they named “in situ resource utilization,” meaning the resource is processed on site, shortened to ISRU.

Under this system, the robot will strip the water from the Martian soil and split the molecules into its two components: hydrogen and oxygen. This is done through electrolysis, which is when electricity is sent through a fluid or solution. The hydrogen will then be mixed with carbon found in Mars’ atmosphere to make methane. Its chemical compound is CH4, meaning one carbon molecule is connected to four hydrogen molecules through covalent bonds. 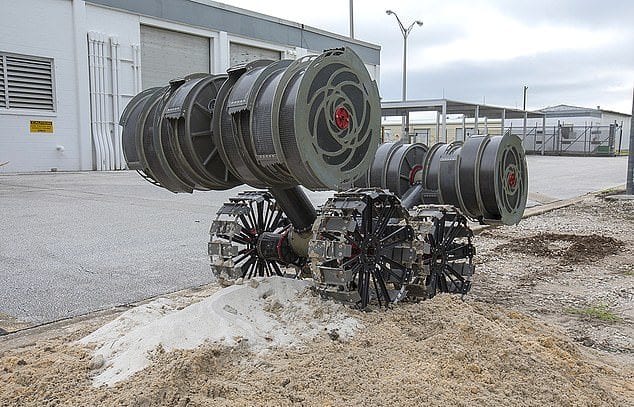 Liquid hydrogen is unstable compared to methane, but hydrogen is still preferred nowadays as rocket fuel. The fact that the fuel can be created on-site either through recovered or local resources will mean a manned trip is all the more feasible. Astronauts will rely on these robots to produce the fuel needed to get back home to Earth.

Leucht wrote that “this technology will one day allow humans to live and work on Mars and return to Earth to tell the story.” Regarding the 225 kilograms of fuel needed to bring one kilogram on a space voyage, Leucht said “making our water, oxygen, and fuel on-site” will be the “only way to get around that harsh arithmetic.”

It looks like we might be going back to the moon after all if any of these three private companies ...