A new UK startup is taking a leap with an EdTech platform to help make coding a fun learning experience for kids. Pip is still crowdfunding on Kickstarter but could be an engaging way for children to learn coding basics at a young age. 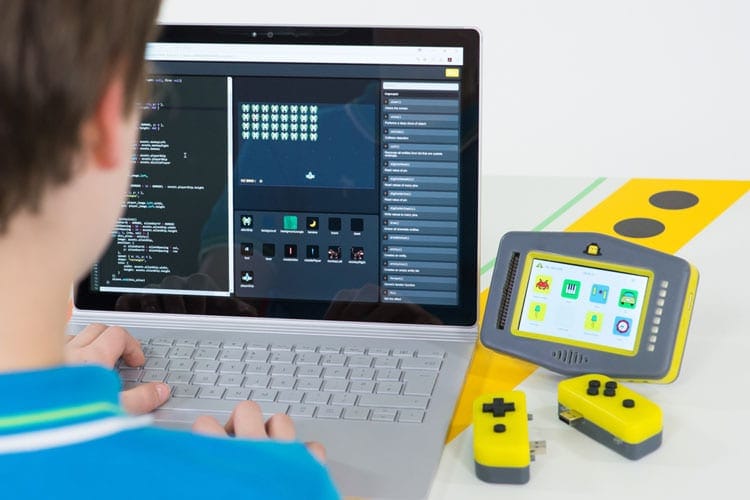 Pip uses electronics from the Raspberry Pi Foundation to power its device.

The Raspberry Pi Compute Module is used within a gaming console that also includes a touchscreen, control buttons, plus speaker, various ports, and colored LEDs.

The Pip device itself will look like a retro gaming device. Instead of slipping a Super Mario cartridge inside, the device uses a code learning environment through a browser-based platform called Curiosity.

The platform will support a variety of coding languages including JavaScript, Python, Lua, HTML/CSS, and PHP. To get kids learning these languages, the device will include step-by-step tutorials through the coding basics.

This includes but is not limited to coding Snake, making LEDs flash, and programming smart devices. 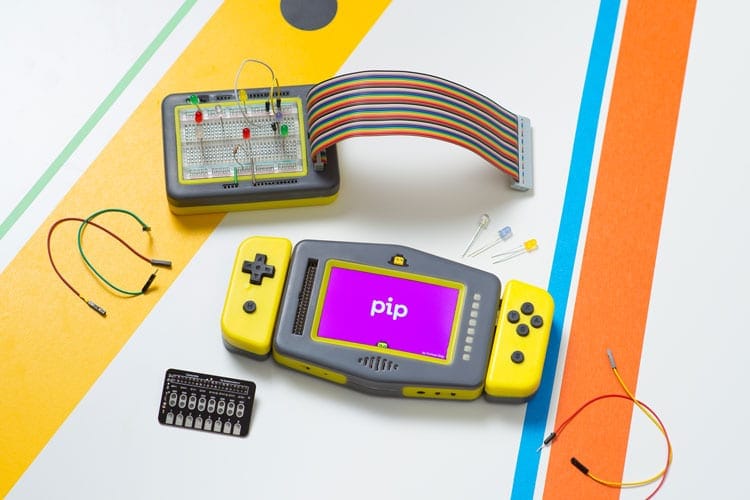 As exciting as this project is, the device is still only a prototype. They still need to raise around $40,000 but have reached half their goal within only a few days of the campaign’s start.

Co-founders Jason Frame and Sukhvir Dhillon are very excited about the device’s possibilities.

They said, “Pip makes use of standard languages and tools. Yes, it supports block-based programming for beginners, but once they’re ready to move on we will support for a number of popular languages… all of which have a huge number of freely available resources online for learning.” 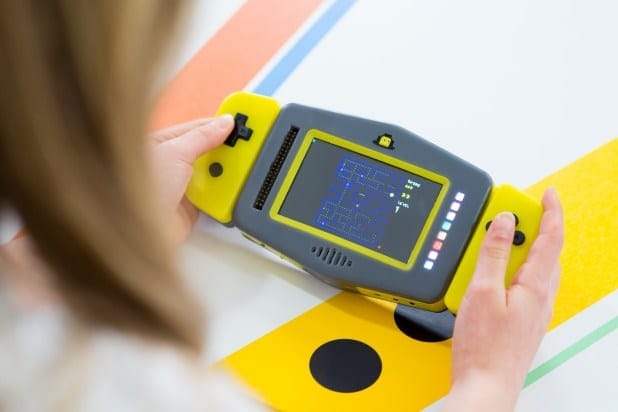 At first, Frame and Dhillon plan to target the product at parents. However, they realize its profitability will come from another market – institutions.

They hope to eventually have Pip in numerous educational institutions as a learning platform for kids.

They added, “The software has been developed in such a way that students can write code and test it on whatever equipment the school has available, before running it on Pip itself — this means that schools are not forced to purchase one Pip for every student.”

Babylonians Knew About the Pythagorean Theorem 1,000 Years Before Pythagoras Was Born

What would you say if you heard that the Babylonians used Pythagorean Theorem long before ...

Our Circadian Rhythm Impacts More Than Just Our Sleep Cycle

There's a simple reason our bodies run on an internal clock, better known as our circadian rhythm. ...