Scientists recently revealed they had cloned two monkeys, using the same technique used to create Dolly the sheep. The Identical macaques Zhong Zhong and Hua Hua were born 8 and 6 weeks ago in a Chinese laboratory, and the move has potentially paved the way for human cloning.

The researchers said that through cloning the monkeys they have broken down barriers and are the most human-like animals to be cloned. As a result, the scientists added they may be able to offer hope in finding treatments for Alzheimer’s, Parkinson’s and other illnesses. 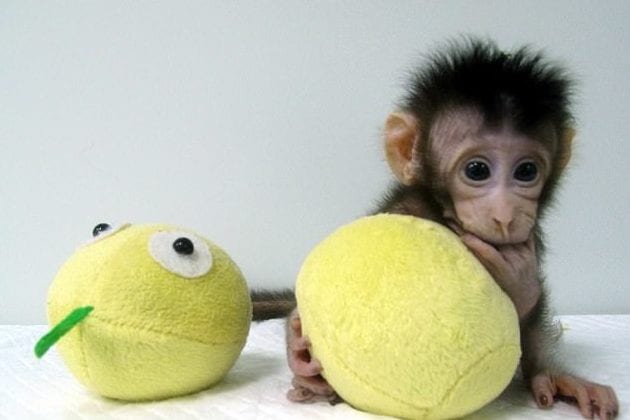 However, the innovation has sparked concern among campaigners, leading Dr David King of the lobby group Human Genetics Alert to comment “We are concerned that this is a stepping stone to the creation of human clones, although it looks like that would be technically difficult, those with enough financial resources and the ambition to be the first to create a cloned child are likely to try.”

Zhong Zhong and Hua Hua are the first primates to be cloned through the somatic cell nuclear transfer technique, the same process used 20-years ago in Edinburgh, to create Dolly the sheep. DNA was taken from a macaque foetus cell, placed in an egg and artificially fertilized to create an embryo that was planted in a surrogate mother. 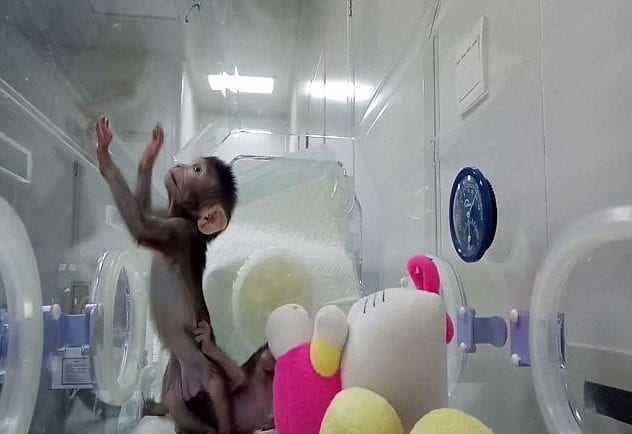 23 other species of animals including dogs, cats, cows and rats have been cloned this way, but it is a first for primates. Through DNA taken from their ears, it was confirmed that the monkeys were completely identical and the two females are being bottle fed and growing normally.

Nevertheless, the researchers involved in the process admitted they had no intention to use this method to create humans, but other professors had alternate thoughts.

Professor of genetics at the University of Kent, Darren Griffin, added “The first report of cloning of a non-human primate will undoubtedly raise a series of ethical concerns, with critics evoking the slippery slope argument of this being one step closer to human cloning.” 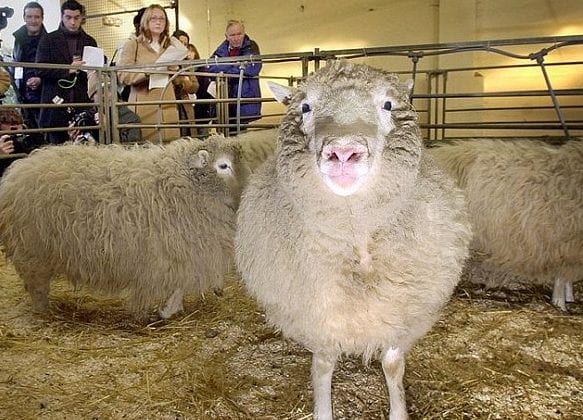 He continued “A primate model that can be generated with a known and uniform genetic background would undoubtedly be very useful in the study, understanding and ultimately treatment, of human diseases, especially those with a genetic element.Careful consideration now needs to be given to the ethical framework under which such experiments can, and should, operate.”

In addition, Dr Julia Baines, Science Policy Adviser at PETA UK finally stated, “Cloning is a horror show: A waste of lives, time, and money – and the suffering that such experiments cause is unimaginable.”

Robots Will Replace Roughly 20 Million Jobs By 2030 – Are You Next?

In the past, the idea of having robots run most of our society for us was was something of a ...

Google Is Tracking Your Every Move, Even If You Don’t Want Them To

One of the biggest questions in technology today is the benefit of using location services. Sure, ...