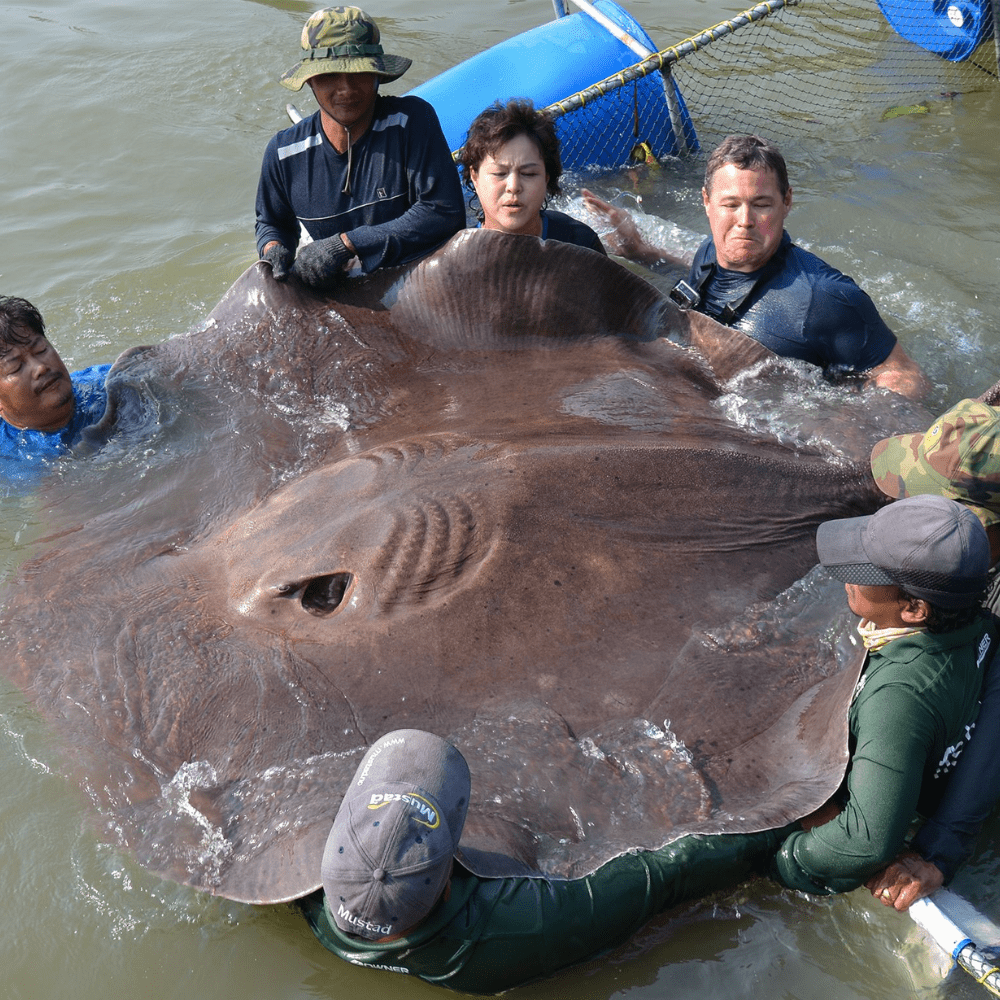 Scientists recently caught the world’s largest freshwater fish in southern Cambodia’s Mekong River. The giant Mekong catfish (Pangasianodon Gigas) is thought to be one of the largest freshwater fish species in the world. Unfortunately, it’s been seriously overfished in recent years, leading scientists to fear that it might go extinct soon if Cambodian authorities don’t give it better protection.

Dimensions of the Stingray

The female giant freshwater stingray (Urogymnus Polylepis) weighed 300 kilograms (661 pounds) and measured 2.2 meters wide by 4 meters long (7 foot 2 inches by 13 feet 1 inch) from snout to stinger. After she was caught and her weight was recorded, she was proven to be the largest freshwater fish on record, beating the previous record of a Mekong giant catfish captured in 2005 that weighed 293 kilograms (645 pounds). When local fishermen notified the Wonders of Mekong research project about the catch, scientists on the team got in touch with the officials and biologists on site, grabbed the ray, tagged and measured it, and then let it go back into the Mekong River. 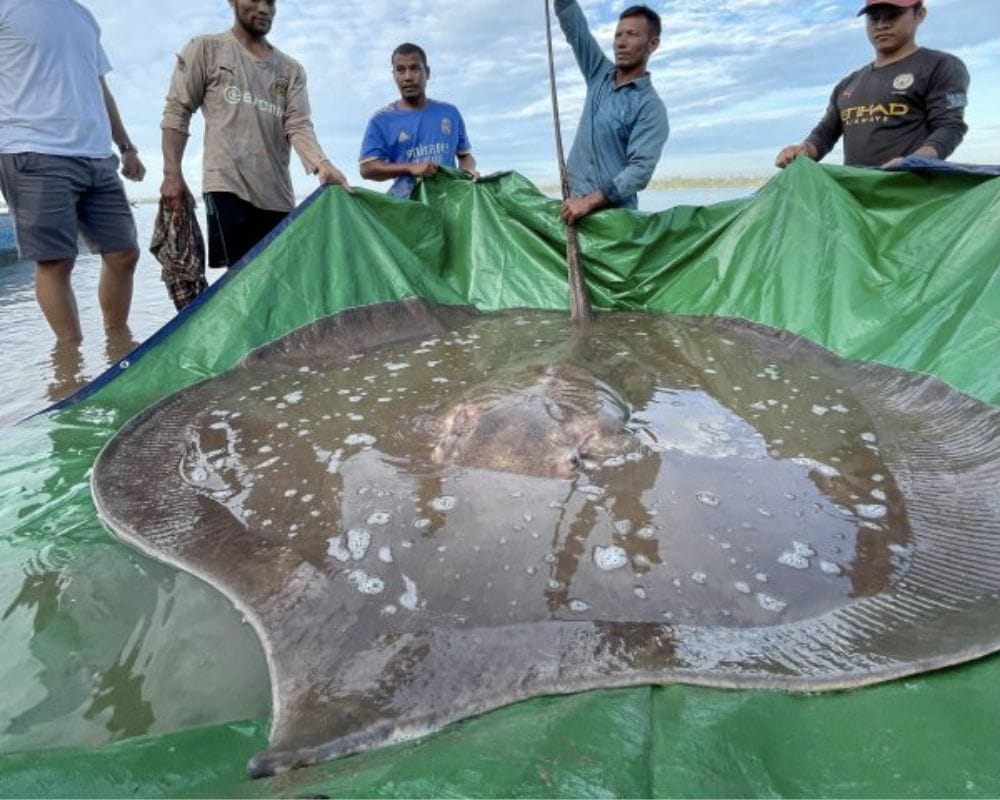 A small, tag-like attachment was placed on the end of the ray’s tail with a small surgical incision. This will emit a series of sound waves back to 36 retrievers along the Mekong and other nearby rivers, enabling them to track the ray’s movements and migration. Big fish are endangered because if they’re caught before they mature, they cannot reproduce. This puts the entire species in jeopardy of dying out. If you kill all sizable freshwater fish in a particular body of water, you could be causing massive extinction. Giant catfish, sturgeon, and carp have already been decimated throughout Asia and North America because of overfishing or habitat destruction. However, seeing how big this particular fish is, scientists are still hopeful about the Mekong River and its habitats.

Everything You Need To Know About The HoloLens 2

Sometimes, it feels as though we’re already living in the 22nd century thanks to the incredible ...