Ever since Apple put wireless earbuds on the market, a whole host of problems have cropped up with regards to the tech. While other wireless headphones may be more than useful as users forgo the tangle of wires that have tied them down since their invention, Air Pods seemed like they were always one step away from getting lost.

Given the difficulty many people have with getting their earbuds to stay in their ears even with a wire attached, making them wireless seemed like an unnecessary innovation. Even so, for those who have made the leap to wireless personal acoustic devices, storing them when not in use has been something of a nuisance. 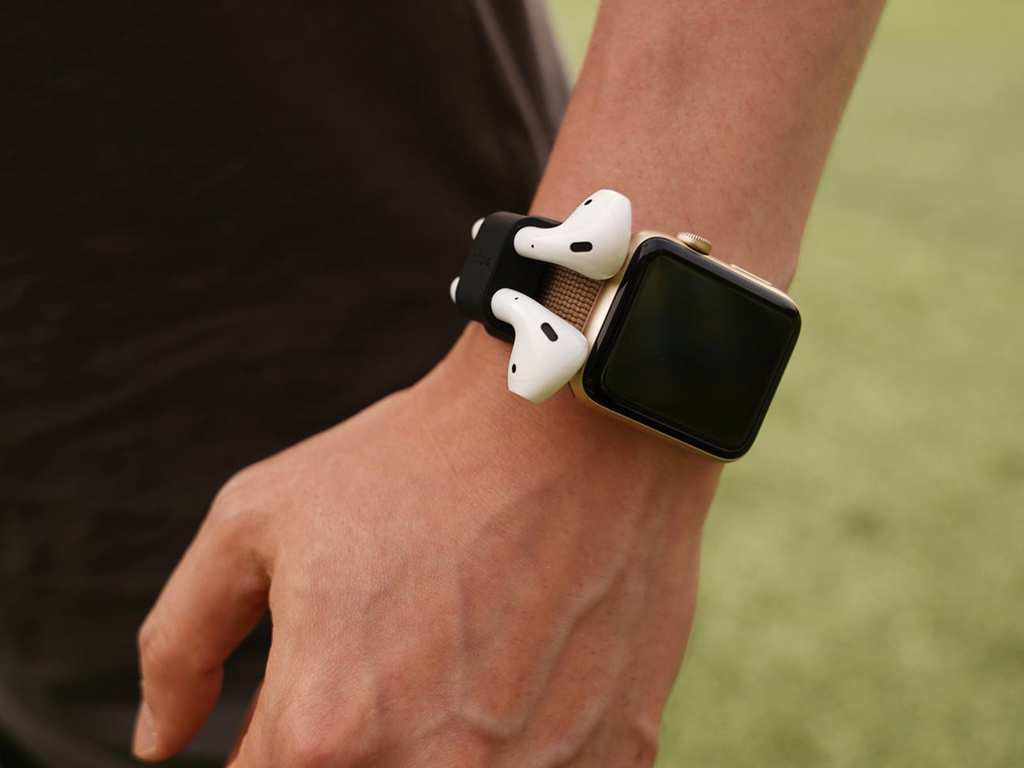 Though the Apple AirPods do come with a case, if you’re on the go, you may not have a place to store that case, like if you’re walking to and from a workout, for example. A company named Elago wants to change all of that. They’ve recently rolled out a wearable AirPods case, so you can simply slip the wireless headphones securely into place on your wrist. The other feature of the wearable case is that it has been designed to fit with the Apple Watch. Donned alone, it may look a little bit silly to have two earbuds poking out at your wrist. However, in conjunction with the Apple Watch, you may look just a little bit more sporty. Being that Elago is a third party manufacturer, the price of the wearable case is significantly less than anything that Apple would have dreamed up, with its price clocking in at only $14.99. The case is carried by most online retailers. If you’re looking for a convenient way to forgo pockets and a bag, then the Elago AirPod wrist holder is likely the best way to go.

How Students Would Be Impacted By A Lack Of Net Neutrality

For students who are looking to further develop their post graduate skills, more of them are ...