If you’ve ever wished that you could have a droid sidekick like C-3PO or R2D2, that day might not be too far in the future, say researchers.

Robin Murphy, who does research at Texas A&M University recently conducted a study as to how realistic these kinds of robots could be. Some may find her conclusion surprising.

In the study’s conclusion, published in Science Robotics, an industry journal, she wrote that even though some aspects of the Star Wars droids are unrealistic, overall, these robots could exist in our world. 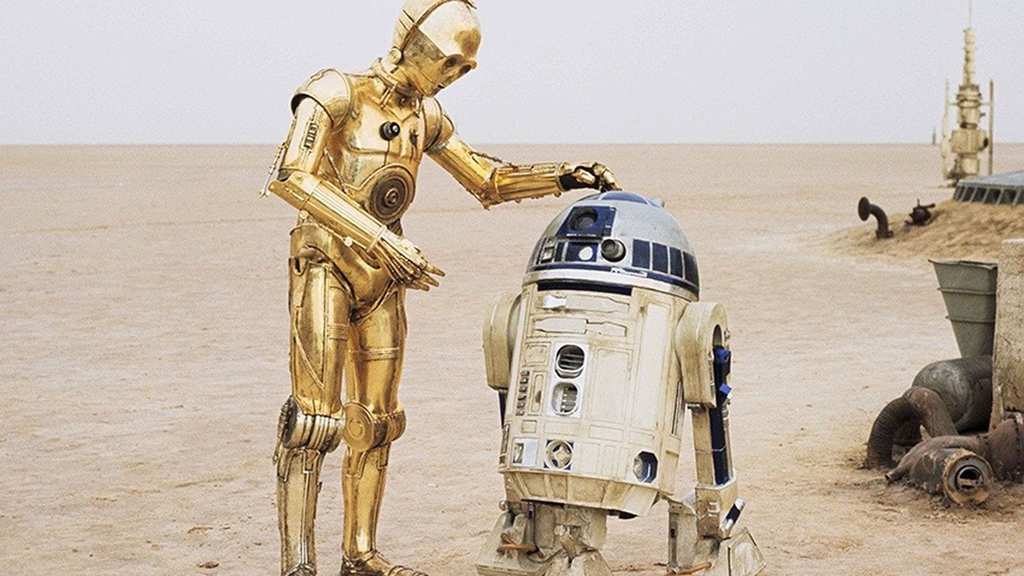 One of the most realistic aspects, according to another researcher, Robin Read is the way the fictional robots use language. While some of the droids, C-3PO most notably, can speak in a human language like English, most of the droids communicate through patterns of beeps and whirls.

In the films, the droids can even communicate thoughts and feelings using what is termed as “non-verbal communication,” though in a sense, the are articulating in sounds unfamiliar to us viewers, but that are intelligible as language by the characters within their universe.

Humans may never become adept at speaking robot like the Star Wars characters are, but beeps and boops can likely by robots communicating with each other. The element the researchers say is the least likely to be replicated in our world is the way the Star Wars droids move. It might look cool for BB8 to roll over the desert sand on the planet of Jakku, but this is unlikely to work in the real world, as many people have demonstrated by putting their own BB8 models onto sand.

Murphy wrote in the study, “Anyone who has driven a car on a beach knows how quickly wheels can become buried in the sand and spin in place.” Until robot designers figure out how to transcend the laws of physics in our universe, rolling droids seem to be only a fantasy.

How Scientists Can Shrink Objects To 1/1,000th Of Their Original Size

Although we still have a long way to go before we can put a superhero in a suit that can change ...