The concept of a human-like robot is already pretty creepy and unnerving. When you add unbroken eye-contact and human-like expressions which mirror those of the individual presented in front of the robot, however, you get something that is incredibly unsettling. Unfortunately, we could be seeing this disturbing idea come to life in the near future. 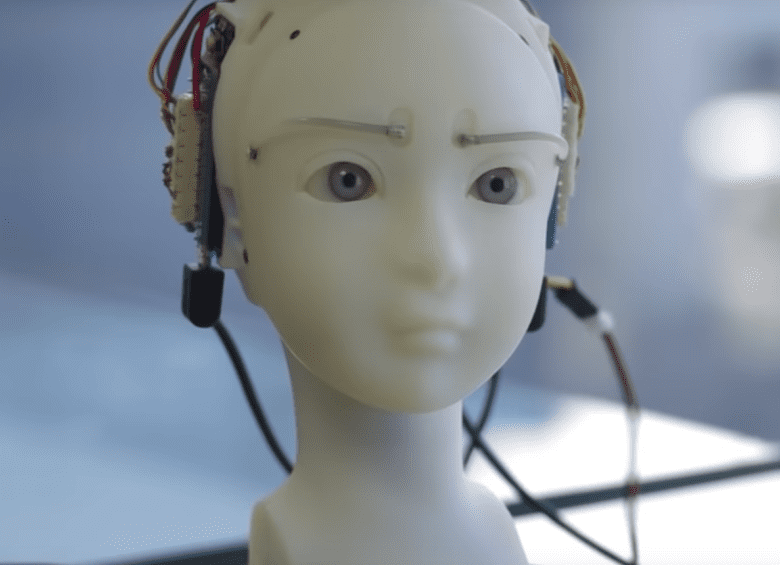 Vancouver, British Columbia was the recent host of SIGGRAPH, a convention for robotics, computer graphics, and interactive techniques. At SIGGRAPH, Takayuki Todo brought along his newest creation, the Simulative Emotional Expression Robot (SEER for short).

The SEER is basically a head and neck humanoid that can lock eyes with the nearest person and reflect their facial expression back at them. While this might not sound like much, the circuitry and programming involved are actually incredibly intricate. Aside from a few minor glitches, the SEER executed its goal with impressive accuracy. 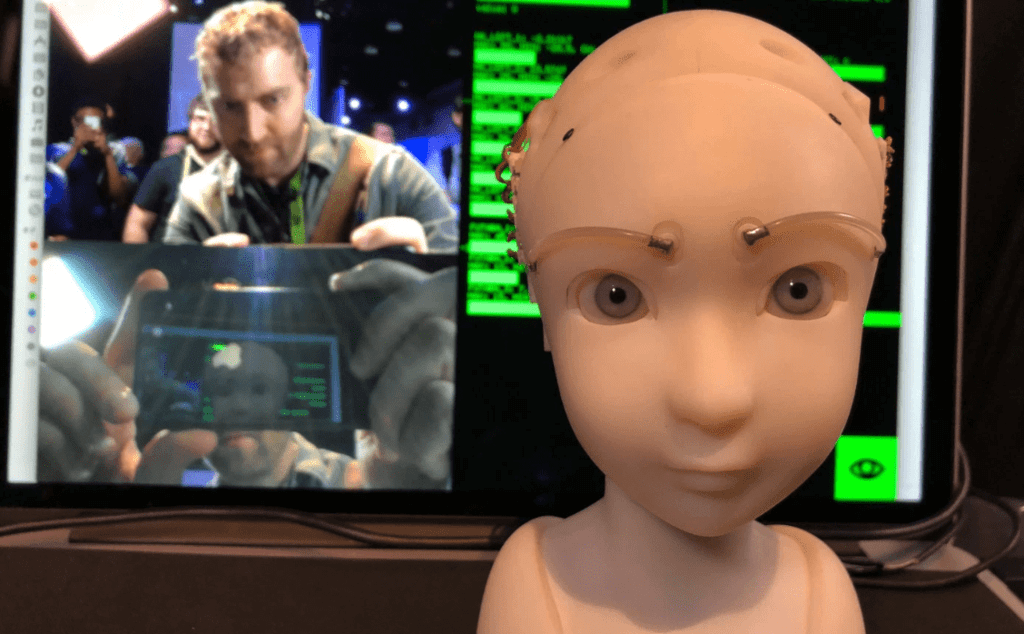 For the time being, the SEER can switch between two different modes: imitative and eye contact. In both modes, the robot depends on an internal camera which identifies and records facial features in real time. In imitative mode, SEER can reflect back the positions of the viewers’ eyebrows and eyelids, mirroring the expressions practically without fault.

Every so often, the camera fails to read facial data, causing the robotic face to vibrate or glitch, but for the most part, it’s very accurate. Of course, nothing can perfectly simulate the highly-expressive facial features of real humans, but the SEER comes frighteningly close.

In eye contact mode, the SEER will make uninterrupted eye contact with whichever human is closest. Because the robot is equipped with a delicate, childlike, neutrally sculpted face, along with incredibly realistic eyes, numerous SIGGRAPH attendants reported feeling a surprising amount of empathy towards the SEER.

While Takayuki Todo’s work is strictly an art project for the time being, who knows what the future will hold for the SEER?

The movie Titanic was successful in great part because of the love story that was embedded into the ...