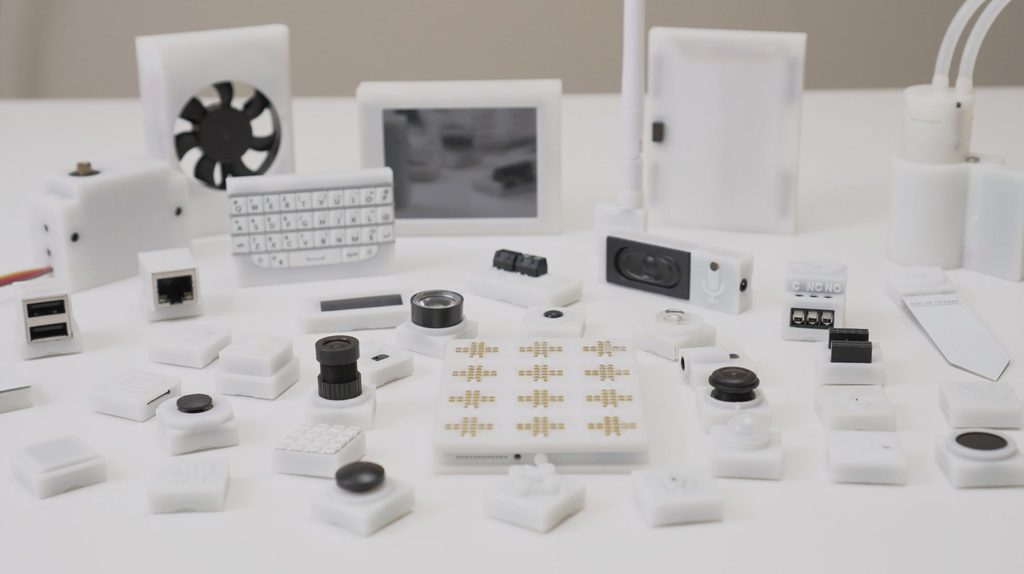 While DIY modular devices are no longer fashionable, they have had varying degrees of success over time. Some products, like AIAIAI’s TMA-2 headphones, were successful, while others, like the Blocks smartwatch and Google’s modular phone, failed. However, the failure of these systems to design and ship does not stop others from creating new modular devices. Pockit is a tiny modular system that can be turned into several gadgets, which may have created a must-have for its creator Anil Reddy. It appears to be incredibly cool, at the very least.

Pockit can be compared to an electronic Lego package. Users can “snap” small SLA 3D-printed blocks on top of a magnetized baseboard the size of a credit card to create clocks, Bitcoin tickers, thermostats, cameras, automatic watering systems for indoor plants, and almost anything else, including a plug-and-play Linux computer with a Raspberry Pi.

Some blocks have elevated icons on top of them to signify that they are intended for specific use cases. A teeny, tiny circuit board and a coin-sized battery are among the blocks, which can be used in a range of devices such as garage door openers, watches, and motherboards. Some blocks may be used as controllers or keyboards. To make a Pockit module, you don’t need to be a coding wizard.

To put it another way, Pockit can program itself by recognizing which blocks are connected and how they are arranged on the board. Pockit recognizes that when you attach an LED block to a button block, you want the button block to turn the LED on and off. Reddy says that this auto-adaptive behavior makes the creation of more complicated gadgets like a smart thermostat or a gardening controller easier because the modular device already knows what blocks go together.

Reddy started his career as an embedded engineer, building many projects from the ground up, using precise and time-consuming methods. Many people have great gadget ideas, even if they just want to make one for themselves, but soldering and coding are difficult to pick up on their own. Reddy wanted to make it easier for electronic DIYers to create gadgets with just their imagination as a limit.

Paralyzed Veteran Finds A Way To Dance With His Bride

Ever thought that two people were simply made for each other and that fate had truly brought them ...

Probably in a bid to fulfil her earlier promise to light up the whole world with breathtaking ...