Scientists have created a device that uses sweat from your fingertip to generate electricity. The flexible and thin strip wraps over the tip of a finger like a Band-Aid and converts sweat molecules into small amounts of electrical energy that can be used as a charger. The device can work without the wearer having to move a muscle because perspiration is constantly created by the fingertips. 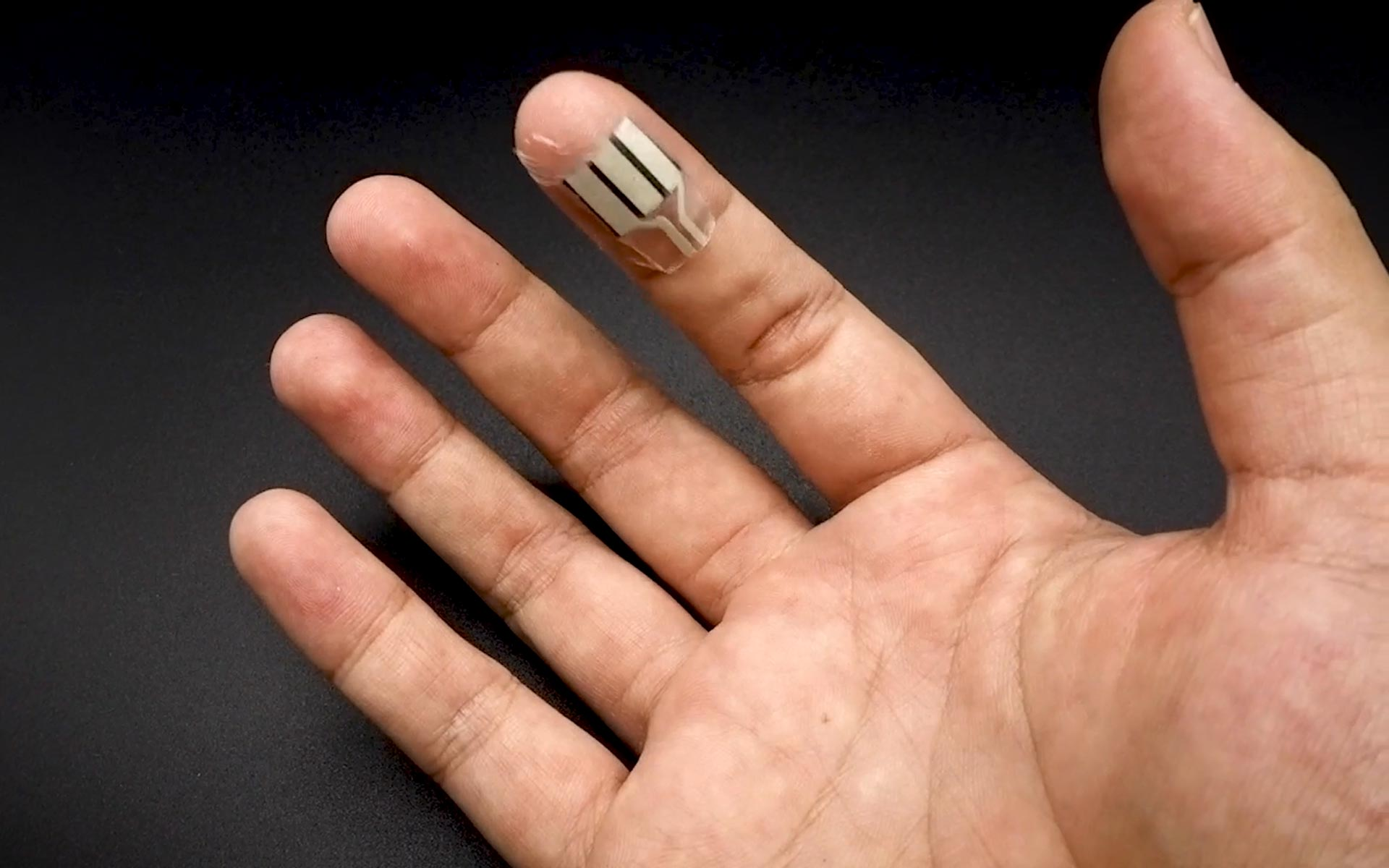 According to Joseph Wang, a professor of nanoengineering at UC San Diego, this device provides a net gain in energy with minimal effort from the user by exploiting sweat on the fingertip.

From Sweat to a Charger

Bioenergy harvesting-based self-powered wearable systems are renowned for demanding excessive energy inputs. Because it doesn’t require any real input from the user to work, research co-author Lu Yin, a nanoengineering Ph.D. student at UC San Diego, noted in a release that this gadget is “a step ahead to making wearables more practical, convenient, and accessible for the ordinary person.” Temporary tattoos that transform sweat into energy were previously tested by UC San Diego researchers.

It’s Still a Work In Progress

While the new device can create electricity and be used as a charger, it’s still not time to throw out your tangled cords and finicky sockets. According to the researchers, the device can hypothetically power low-power electronics in the milliwatt range, such as a wristwatch, but it is not yet suitable to power high-performance electronics like smartphones.

The goal, according to Yin, is to make this a useful device. This isn’t simply another fancy device that produces a small quantity of energy and then disappears. People can use it as a charger and put the energy to good use by powering useful equipment like displays and sensors.

The sweat glands on our fingers can produce 100 to 1,000 times more sweat than the rest of our bodies. However, because sweat evaporates nearly rapidly from fingertips, determining how sweaty they are can be difficult. It is snatched up by this cutting-edge technology before it can reach it.

The wearable collected 400 millijoules of energy while a test patient slept for 10 hours with the gadget on a fingertip, enough to power an electronic wristwatch for 24 hours (but not a smartwatch). According to the experts, attaching devices to more fingertips would yield much more energy.

Holograms Now Exist That Can Be Felt and Heard

So far, holograms have posed an interesting appeal to the masses: they've made significant ...

Here’s How to Deal With Stress From Work

Burnout is a part and parcel of work life. Every person reaches a point where it feels like work ...