BBC Series Planet Earth has shown an incredible amount of popularity amongst a wide range of audiences. It may be particularly surprising for some people that the show, which is a nature documentary, is widely popular amongst a younger audience. 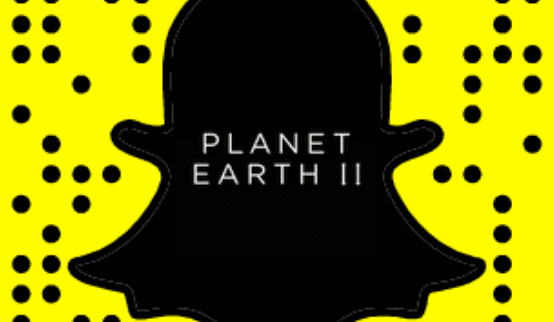 The show’s creators are well aware of this, which is probably why the announcement that Snapchat will be hosting a run of six exclusive episodes of the show before it will be aired on BBC America. The episodes will feature several different topics which include: Jungles, Deserts, Islands, Mountains, Grasslands, and Cities, just as the televised series does. However, the Snapchat version will include some exclusive material not found in the television series.

Each episode will be released on a weekly basis and will last from between four to six minutes each. Planet Earth II will be able to be found in the “Discover” portion of the app, next to the daily content that is published by the likes of The Daily Mail, BuzzFeed, and NBC.

There is also the option of subscribing to the documentary episodes via the QR-style Snapchat codes. This is also the method that will need to be used once the episodes are removed from the “Discover” section. These Snapchat codes can also be used in order to link directly to websites in a convenient way via Snapchat.

Snapchat boasts 158 million active users on a daily basis, however, recently the app has seen a significant decrease in user base growth. Despite this, the app has been venturing into creating original content. For example, Snapchat has been developing mobile-focused shows that are similar to ESPN’s Game Day and The Voice. 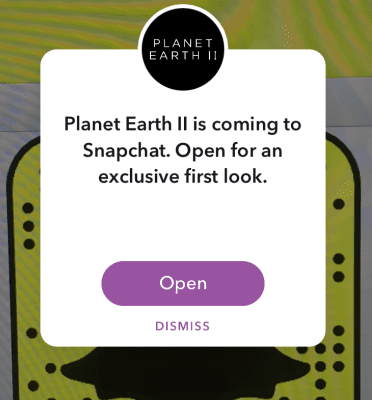 This Gadget Makes Sure You Will Never Lose Your Keys Again

Ever wished that you could put a homing beacon on your keys so that you never lose them again? Well ...

These Scientists Started Growing Cotton – On The Moon!

The moon has been a fascination of mankind's for thousands of years. Whether for geological, ...