After MIT News deputy editor Maia Weinstock submitted her ideas to Lego, the toy company decided to launch “Women of NASA,” making women and girls all over the world very excited. In her proposal, Maia Weinstock wrote, “Women have played critical roles throughout the history of the US space program, aka NASA or the National Aeronautics and Space Administration.”

She continued, “Yet in many cases, their contributions are unknown or under-appreciated – especially as women have historically struggled to gain acceptance in the fields of science, technology, engineering, and mathematics (STEM).”

Lego is finally giving these incredible women of NASA the credit and exposure they deserve. Recently, Lego released a statement that said, “We’re really excited to be able to introduce Maia’s Women of NASA set for its inspirational value as well as build and play experience.”

The five women who made the greatest impacts in space exploration will be featured as the newest Lego people. The new women include computer scientist Margaret Hamilton, mathematician and space scientist Katherine Johnson, Sally Ride the first American woman in space, astronomer Nancy Grace Roman, and astronaut Mae Jemison.

Katherine Johnson’s story made headlines earlier this year when the recent book and film Hidden Figures were released. Taraji P. Henson, Octavia Spencer, Janelle Monáe starred in the film. Henson’s portrayal of Katherine Johnson was well received by viewers and critics. Henson even received the Screen Actors Guild Award for Outstanding Performance by a Cast in a Motion Picture. The film itself was nominated for multiple Academy Awards.

Lego is still working on their final product but should be ready for release in either late 2017 or early 2018. 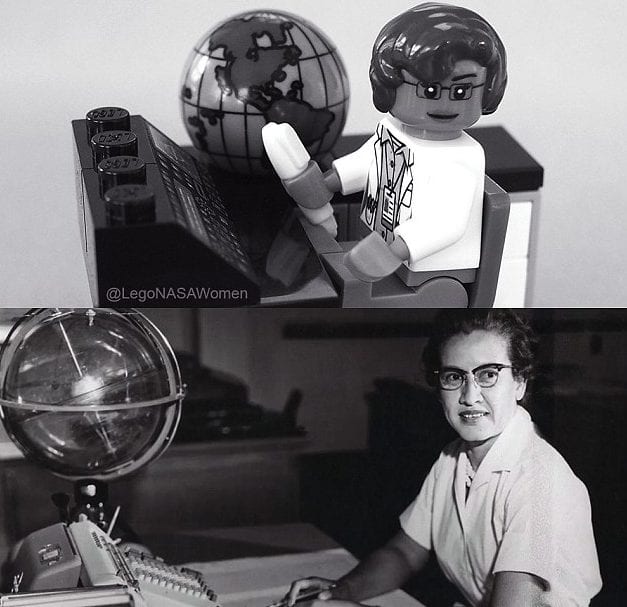 Hidden Features on a Stapler Everyone Should Know About

Every day, we read about the negatives of social media. But there is also a bright side. Apps like ...