New information is slowly trickling out into the public regarding the mysterious details of space tourism and traveling to the moon through SpaceX. CEO of SpaceX Elon Musk has announced that two unnamed tourists have made a “significant deposit” for their future trip to the moon. No further details have been announced about these mystery tourists and how much they are going to have to pay up in order to make the trip to the moon. 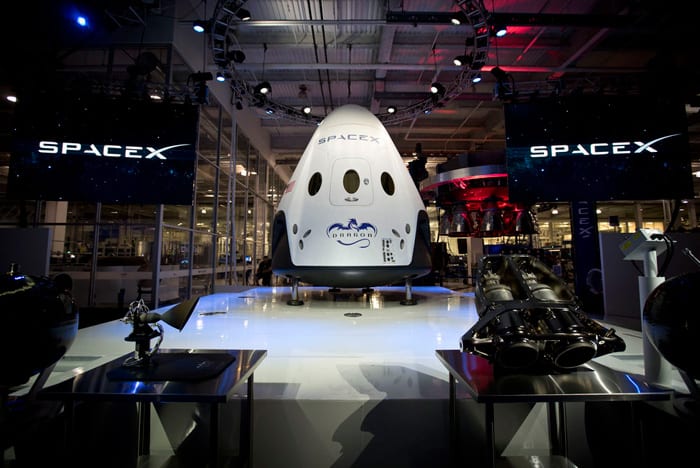 It turns out that it is very difficult to estimate how much a leisure trip to the moon will end up costing per person. There are many factors that need to be taken into consideration that will add to the assumably astronomically high cost of the trip. Some of the obvious costs include: the spacecraft, fuel, and the actual rocket itself. The less obvious costs include training the astronauts which will take up many years and a lot of equipment. Other factors that will add up building a launchpad, maintaining the launchpad, paying people at mission control, backup rescue plans and the paying the personnel that will go along with these plans.

Part of the reason the cost will be so high is because it cannot be boiled down to an itemized list, and the factors continue to add up.

Musk did not specify one particular price for the SpaceX moon expedition, but he did add that the cost will probably be similar to the amount of a crewed expedition to the International Space Station. As of now, NASA pays $81 million to the Russian Roscosmos space agency for a single round trip ticket in a Soyuz capsule. When purchased in bulk, five seats will come out to $74.7 million. These tickets include: training to operate the craft, launchpad usage and support services, medical services for after landing, flight control, docking, and undocking services, and also life support en route.

So…just how much will this incredibly long trip cost in the end? The current estimate is around $175 million for every seat. Spokesperson for Space Adventures Stacey Tearne has said: “We cannot be more specific as there are many variables, including destination, vehicle, duration and other options.” This means that the final price tag could potentially be even higher. Let's face it, every bride and groom wants their wedding day to be absolutely perfect. Everything ...