Stanford engineers have recently publish findings on how autonomous cars will soon be able to see around corners. The idea behind their research was that even if an object is hidden behind something like a brick wall, computer vision systems can still potentially utilize the reflected light of lasers to make out the shape and track the movement of the hidden object.

How it works is like this: the autonomous car shines a laser on a nearby surface. For the sake of this example we’ll just say it’s a wall. The computer system within the car can then analyze how the light is scattered. Certain light pulses will change after encountering the unseen object on the other side of the wall.

In addition, some light pulses will come back to the car faster than other. Together, this feedback allows the autonomous car to sketch out an outline of the hidden object. 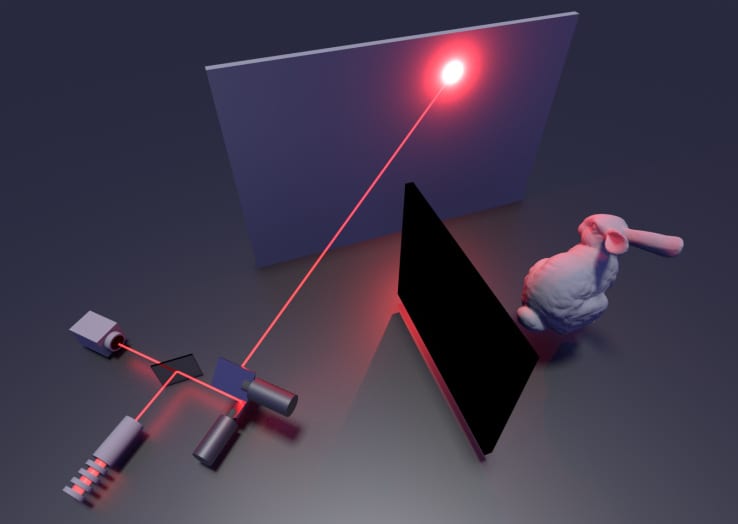 While this idea may appear to be without flaw, it has by no means been perfected and there are still numerous obstacles preventing the ideal application of this technology.

For starters, it is very difficult to utilize laser light to it’s full potential during daytime hours. With so much other light sources in the immediate environment, it becomes easy for the car’s processing system to lose important input, making it difficult to distinguish a stop sign from a human.

Another issue is that the data collection process can take anywhere from a couple minutes to an hour. This isn’t exactly realistic when it comes to driving through a busy intersection.

However, new advancements in the data analysis systems, including the potential utilization of the high-speed scanning lasers found in Lidar Systems, could bring about a much more relevant and useful product in the very near future. It may still be a few years away, but the future is looking bright for these Stanford engineers.

Virgin Galactic’s Spaceplane Has Taken Off On Its Second Flight

After the major crash that occurred during Virgin Galactic's very first test flight four years ago, ...

How To Have Your Face On Your Latte

This $999 machine could be one of the most inventive ideas in the world for coffee lovers. With a ...